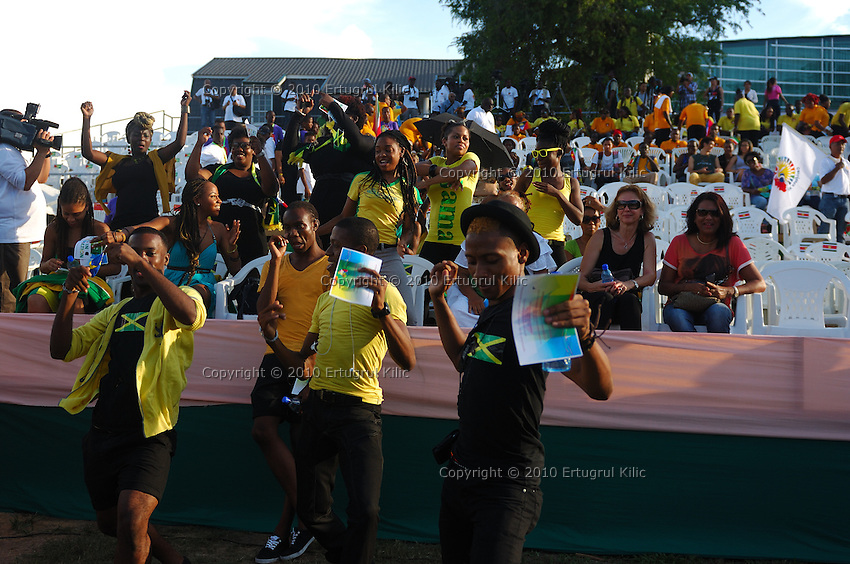 The Opening Ceremony presented by Mrs. Odette de Miranda and Mrs. Lygia Amania with voice of Borger Breeveld famous Surinamese artist. The ceremony Warmed up with Guno Ravenberg and also continued with warming up session with audience.

Official speeches were held by Ashwin Adhin, The Minister of Education & Community Development of Suriname, I. LaRocque H.H. Ambassador, Secretary General of the CARICOM and ended with the speech of The President of Suriname Desiré Delano Bouterse.

The opening ceremony continued with Gymnastrade's “Welcome to Carifesta“, Performance by Shaolin Monks from the People’s Republic of China Parade of Nations, Theater production “Our culture, the essence of our future” and ended with light & firework shows.